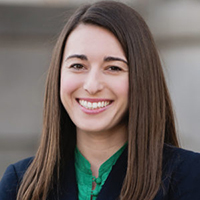 In reporting on changes within the state’s legal industry, the newspaper reported that M&G had 21 attorneys at the time of its annual survey, making it the 26th largest firm in S.C.

Since the survey closed, M&G has added an additional attorney, bringing the total number of lawyers to 22. Read more about the firm’s newest addition — Megan Walker.

More about the survey of S.C. law firms from SCLW.

The recognition as one of the largest firms in the state comes as M&G celebrates its 20th Anniversary.