On February 17, 2017, both sides in Harleysville Group Insurance v. Heritage Communities, Inc., Appellate Case No. 2013-001281, filed Petitions for Rehearing asking the Supreme Court to review a January 11, 2017 opinion that has left insurance companies and coverage attorneys throughout South Carolina scratching their heads.  If you have not read the opinion, you can find a copy here.

The January 11 Opinion created new burdens for insurance companies that choose to defend their insureds under a reservation of rights by holding insurers may waive a coverage defense by failing to provide an adequate and clear description of potential coverage defense.

The opinion also places the burden on the insurer to seek an allocated verdict where the insurance policy will cover some damages in the underlying case but not others.  However, the Supreme Court did not advise carriers or the lower courts what that process should look like.

In response to the decision, the January 11 Opinion, Insurance companies promptly scrambled to seek advice from coverage counsel on the new rules for reservation of rights letters.  Moreover, insurers began moving to intervene in underlying tort actions to seek allocated damages verdicts – efforts which have been refused by trial courts in at least two cases.

Typically, a Petition for Rehearing is not newsworthy.  Petitions for Rehearing are routinely filed and rarely granted.  However, this case has a greater chance of receiving the Court’s attention a second time than the routine appeal.  The South Carolina Supreme Court has a history of rehearing and reversing course in insurance cases dealing with construction defects.  In fact, The Supreme Court has issued multiple and conflicting decisions in multiple significant coverage case in this arena in recent history.

The Supreme Court in Crossman Communities of North Carolina, Inc. v. Harleysville Mutual Insurance Company, 395 S.C. 40, 717 S.E.2d 589 (2011), issued its initial order on January 7, 2011, holding that water intrusion resulting from faulty workmanship was not an “occurrence” under a standard commercial general liability (CGL) policy.  Then, the Supreme Court granted rehearing and reversed course by holding in an August 22, 2011 opinion that such damages were an “occurrence” and triggered coverage under the CGL policy.

The Supreme Court followed a similar course in the earlier case of Auto Owners Insurance Company, Inc. v. Newman, 385 S.C. 187, 684 S.E.2d 541 (2009).  In the first Newman opinion, the Supreme Court held the CGL policy provided coverage even for replacement of the insured’s own defective work product as long as there was damage to other parts of the property.  However, the Supreme Court granted rehearing and issued a new opinion holding the policy did not cover replacement of the defective work itself as an incidental cost to repairing the damage to other parts of the project.  The Supreme Court followed the same approach in L-J, Inc. v. Bituminous Fire and Marine Insurance Company, 366 S.C. 117, 621 S.E.2d 33 (2005).

For now, insurers should operate under the assumption that the Supreme Court’s January 11 opinion will go unchanged.  This includes seeking advice from coverage counsel when preparing reservation of rights letters, updating reservation of rights letters when new information becomes available, and being prepared to move to intervene to ask trial courts for special verdict forms so juries can allocate verdicts between covered and non-covered damages.

However, there is good reason for optimism that the Supreme Court will rehear the case and reverse course.  Given the history of cases involving similar coverage questions, there is a good chance the January 11 Opinion will not be the Supreme Court’s last word on these issues. 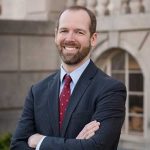 This summary is published as a service to our clients, contacts and friends. It is intended to be informational and is not legal advice.