For more than a decade, plaintiff and defense lawyers across the state have debated the interpretation of the South Carolina Contribution Among Tortfeasors Act. At issue was allocation of fault to non-party tortfeasors. The April 26th decisions in Smith v. Tiffany and Machin v. Carus Corporation offers needed clarification for insurance industry professionals and civil defense counsel across the Palmetto State.

The Debate
Until now, plaintiffs argued that a party with whom they settled (and is thus no longer in the case) could not be placed on the jury verdict form for the jury to assign a percentage of fault, because the statute’s language stated that the sum of the fault of the “defendants” and any fault of the Plaintiff must equal 100 percent.  On the other hand, Defense counsel argued that because the statute required that a defendant who is not found to be 50% or more at fault could only be held liable for its specific percentage of fault, it was necessary for all possible at fault parties to be considered by the jury for allocation even if a Plaintiff chose not to sue such persons or settled with them.

The South Carolina Supreme Court has now answered this question, taking a strict interpretation approach to the language of the statute and declaring that despite the possible inequities of the results, the Court is not going to encroach upon the powers of the Legislature and create a more expansive reading of the statute’s provisions.  The net result of the decision is that a party who has fully settled out of the case with a Plaintiff cannot be placed upon the jury verdict form to have fault allocated to it.  Furthermore, a defendant cannot invoke Rule 19(a) of the Rules of Civil Procedure to bring these parties back into the case for such a purpose.

In another decision, issued the same day, the court further held a defendant could not obtain allocation against an “immune” employer who is not a “potential tortfeasor” because of “immunity” under the Workers’ Compensation Act.

Background
The Plaintiff in the case was struck by a driver pulling out of a gas station on a rural road in Saluda County.  However, there was a semi-truck legally parked along the side of the road in front of the gas station, which was not involved in the accident.  The at-fault driver’s insurance carrier tendered its policy limits to the plaintiff, and the plaintiff settled with the driver on a covenant to execute.

Subsequently, the plaintiff filed a second suit, accusing the semi-truck driver (Tiffany) and her employer of “proximately” causing the accident. The trucking defendant attempted to bring the at fault driver into the case by using Rule 19(a), SCRCP to make them a party for the purpose of fault allocation under the Contribution Among Tortfeasor’s Act.  There was no other basis for Tiffany’s claim against the settled at-fault driver.

The Court’s Finding
In blunt language, not often seen from the court, the Justices wrote that “the analysis is straightforward” and that the at-fault driver “is not subject to liability… based on the covenant not to execute.”

The Court found that the Statute intentionally used the term “tortfeasor” and “defendant” for different purposes in different sections of the Act, evidencing an intent that the terms were not completely interchangeable.  The term “defendant” and not “tortfeasor” was used for the section of the Act pertaining to the allocation of fault by the jury.  Finding a “defendant” is a party to the case at the time of trial, they rejected Tiffany’s argument that it was entitled to have the settled at-fault driver on the jury verdict form, even though the Court acknowledged that this would seem a troubling or inequitable result.  On the other hand, the Court observed that a party such as Tiffany still had the ability to convince the jury that its own fault was zero, and thus obtain a defense verdict.

A key excerpt from the court’s opinion regarding the state’s Contribution Among Tortfeasors Act:

“Moreover, Appellants’ proposed result, advanced by the dissent, would turn the Act on its head to benefit nonsettling defendants at the expense of plaintiffs and those who do settle. That is not the balance the General Assembly struck in the Act. In honoring separation of powers, we adhere to the principle that a court must not reject the legislature’s policy determinations merely because the court may prefer what it believes is a more equitable result.”

Workers’ Compensation
In Machin v. Carus Corp., the Supreme Court answered four certified questions from the United States District Court in the context of a “third-party” action following a Workers’ Compensation claim made after an on-the-job injury.  In Machin, after a defense verdict in favor of the third-party defendant chemical supplier, the plaintiff filed post-trial motions and before the Hon. Joseph F.  Anderson, who certified four questions to the Supreme Court:

Answering the first three questions in the affirmative, the Court not only made clear that a defendant had the right to argue an employer’s responsibility in an accident, but also that a jury could be informed of the reason that the employer was not a party to the case before it.

The Court went so far as to set forth a potential jury instruction that would explain the reason for an employer’s absence from the trial. Then, the Court, analyzing the difference between the language of 15–38–15(C) and (D) of the South Carolina Code, held that subsection (C) did not permit a non-party to be listed on a jury form and to include an allocation of fault. The Court then recognized that a non-party may be included in allocation of fault under section 15-38-15(D) only where such a person or entity is a “potential tortfeasor.” Because an employer could not be a “potential tortfeasor” based on the immunity of the Workers’ Compensation Act, an employer could not be listed on the verdict form allocation.

Bottom Line
While a defendant can still argue the “empty chair” defense as to settled or “non-sued” parties in trial, when it comes time for the jury to allocate damages only the defendant parties will be on the jury verdict form under (C). There is still some hope that “potential tortfeasors” who have not settled and who are not immune from suit, can also be added for purposes of allocation under section 15-38-15(D).

Therefore, the relatively innocent deep pocket defendant can be left to go to trial after the plaintiff has settled out with the other defendants, and the defendant at trial will not be able to reduce its’ exposure by allocating fault to the other settling defendants. 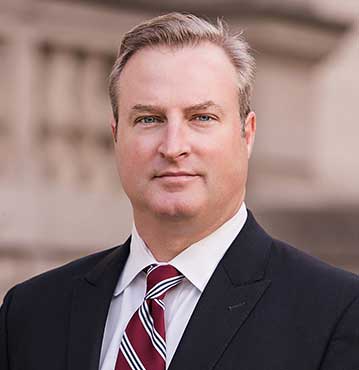