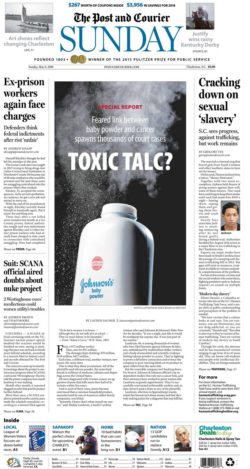 The Sunday May 6th edition of Charleston’s The Post and Courier reported on human trafficking in South Carolina.

Reporter Gregory Yee examined strides made in the state since the passage of anti-human trafficking legislation in 2012. He called on an associate of Murphy & Grantland for insight.

An excerpt from the report:

Elliott Daniels, a Columbia attorney who sits on the S.C. Human Trafficking Task Force, said a major shift in public understanding and perception of the problem is needed.

“We have victims that a culture looks at and says: You are runaways, you are throwaways, you are drug-addicted, or you are criminals,” Daniels said. “But what is also true is they’re victims of human trafficking. They are victims of modern-day slavery in South Carolina.”

Through his work, the attorney said he has encountered victims ranging in age from 16 to 43 years old. They are honor roll students and people with intellectual disabilities. They are foreign nationals and native-born South Carolinians.

Legal Assistance for Survivors of Trafficking