Mediation in South Carolina: Process is Confidential; Results are Not

With lawyer advertising filling the airwaves, it seems litigation is everywhere and that our courts are crammed with parties trying their cases to juries. However, the reality is that fewer and fewer cases are being tried to a jury and more and more cases are being resolved through mediation.

Mediation and Confidentiality
Mediation is an effective way of bringing the litigants and their counsel together, with the aid of a skilled neutral third-party, to reach a settlement of the dispute without resorting to a jury trial. Settling cases in mediation brings certainty, gives the parties peace-of-mind, and saves the cost and expense of a jury trial.

The rule also prevents any party or any other person from introducing at trial “any oral or written communication” that took place “in a mediation proceeding ….” This rule of confidentiality promotes free and frank discussions by the parties and their counsel with the mediator to facilitate settlement without the fear of having this information used against them in a trial should the case not settle. Whether one is a mediator or an advocate, this rule has great benefit in promoting the settlement of cases at mediation.

Mediation has a high success rate and even complicated cases with multiple parties end up settling through the mediation process. However, in cases with multiple defendants, sometimes plaintiffs settle with only certain defendants, leaving the case to proceed against the non-settling defendants. When that happens, a question may arise regarding the effect of the settlement on the non-settling defendants when the case gets to trial and the confidentiality of the mediation process. The South Carolina Court of Appeals recently issued an opinion addressing this very issue that gives clarity on the scope of the confidentiality provision of Rule 8 and how the partial settlement effects the remaining defendants.

In Huck v. Avtex Commercial Properties, Inc., the S.C. Court of Appeals recently held that the information exchanged during the mediation conference and what occurred during the mediation proceeding is subject to the confidentiality provision of Rule 8, but that the actual amount of the settlement that resolved the plaintiff’s case against the settling defendants was not subject to the protection of the rule.

The Suit & Trial
The issue presented itself in a premises liability case. William Huck slipped and fell while walking into a Wild Wing Café restaurant in Mt. Pleasant, SC. He and his wife sued the restaurant and Avtex, the building’s owner, for damages. They also sued two other defendants who were involved in the construction of the building. The case proceeded to a mediation and the two construction defendants reached a settlement with the plaintiffs, settling Mr. Huck’s injury claim and also settling Mrs. Huck’s loss of consortium claim.

However, the plaintiffs and the settling defendants kept that settlement confidential and did not let the non-settling defendants know of the settlement amounts or how it was allocated between Mr. and Mrs. Huck for their respective claims. The Hucks proceeded to a jury trial against Avtex and the restaurant. The defendants’ motion for a directed verdict on Mrs. Huck’s loss of consortium claim was granted and the jury only considered Mr. Huck’s claim against the restaurant and Avtex. The jury returned a verdict for Mr. Huck against Avtex only, awarding him $97,640 in damages but finding him 50% negligent in bringing about his injuries. The trial court reduced the verdict by 50% and entered judgment against Avtex in the amount of $48,820.

The Court ruled that the result of the mediation, that is the amount of the settlement, was not protected by the confidentiality provision in Rule 8 and that the trial court should have ruled the settling parties were required to disclose the settlement figures.

Once the Court of Appeals found Rule 8 required disclosure of the settlement amount, it found that the trial court also erred in denying the setoff. The Court looked to long-standing South Carolina law that held that “a nonsettling defendant is entitled to a credit for the amount paid by another defendant who settles.” The reason for allowing for such a credit is to “prevent an injured person from obtaining a second recovery of that part of the amount of damages sustained which has already been paid to him …. The right to setoff arises as an operation of law, and the circuit court must award a setoff.”

The South Carolina Contribution Among Joint Tortfeasors Act, found in S.C. Code Section 15-38-10 et seq. spells out when a setoff is to be applied to a non-settling defendant where a plaintiff has settled with some defendants. Avtex argued it was entitled to a setoff pursuant to Section 15-38-50 and that the trial court should have determined if those amounts paid to the Hucks were settlements made in good faith. The Court of Appeals agreed and reversed the trial court, remanding the case back to the trial level and directing the trial judge to determine the amounts of the settlement and its terms.

Bottom Line
In light of this decision, what are the practical applications for parties and their counsel who participate in mediation and end up in front of a jury with a case that was partially settled?

Also, plaintiffs attempting to be “creative” with settlement allocations will also need to be aware that such settlements will be subject to court review for “reasonableness” and “fairness” when it comes time to apply a setoff to any verdict against a non-settling defendant. Such a post-verdict review may need to be considered when reaching a settlement with certain defendants. Non-settling defendants are entitled to setoff to prevent injured plaintiffs from a second recovery and courts will be required to examine those settlements to ensure the setoff is applied correctly and fairly.

Mediation remains an excellent forum for resolving litigation and the Huck opinion is a good reminder for how to use the process to effectively resolve litigation. 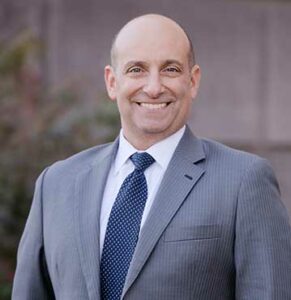 Anthony W. Livoti is a shareholder at Murphy & Grantland. Livoti splits his time between defending businesses and individuals against civil claims and mediating settlements in lawsuits.