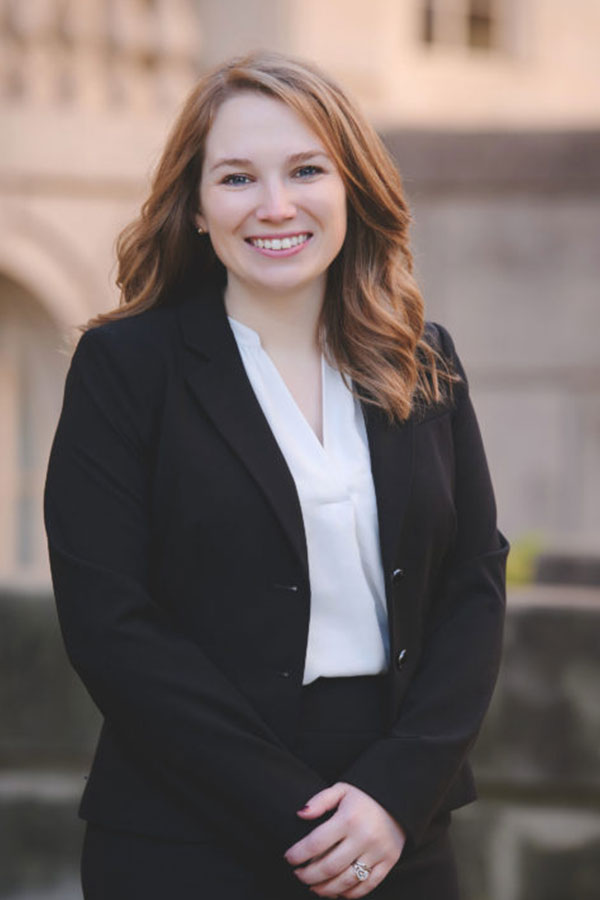 Sarah Caiello is an associate attorney with Murphy & Grantland. Her practice covers a variety of insurance defense, insurance coverage and appellate matters.

Prior to joining Murphy Grantland, Sarah served as a judicial law clerk to Chief Judge Scott Stucky with the United States Court of Appeals for the Armed Forces. Sarah also clerked for the Alabama Attorney General’s Constitutional Defense Section, and the Honorable Karon Bowdre and the Honorable L. Scott Coogler, both of the United States District Court for the Northern District of Alabama. Her previous work focused primarily on constitutional issues, and she is a published author on balancing First Amendment rights between competing interest groups.

A Louisiana native, Sarah earned her Bachelor’s Degree, summa cum laude, and Juris Doctorate from the University of Alabama. In law school, Sarah was an editor with the Alabama Law Review and was actively involved with the Christian Legal Society and the Federalist Society, while also serving as the Treasurer for the Bench and Bar Legal Honor Society. In her second year of law school, Sarah and her teammate won the John A. Campbell Moot Court Competition, after they argued a complicated constitutional law case in front of a panel of federal District and Circuit court judges from across the country. Sarah went on to compete as a member of the University of Alabama School of Law’s 2017 ABA National Appellate Advocacy Competition team, which wrote the third best brief at the national level and advanced to the national quarterfinals. At that competition, Sarah individually won the award for 8th Best Oral Advocate in the nation.

In her free time, Sarah enjoys trying out new recipes, watching SEC football, playing the flute, quilting, and traveling with her husband, Tim. They live in Columbia, South Carolina.

The University of Alabama, B.A. in International Relations

The University of Alabama School of Law, Juris Doctorate

US District Court for the District of South Carolina, 2019

US Court of Appeals for the Fourth Circuit, 2020

The United States Court of Appeals for the Armed Forces